“And best of all, Carlos listens and responds to what we say. We can now have a conversation with him!” 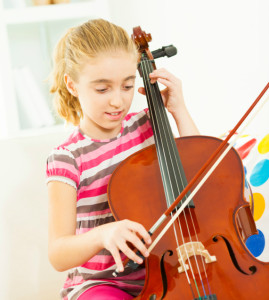 Six year old Carlos family had concluded that he was lazy. He seemed to play dinosaur constantly, keeping his hands near his chest, to look like a tyrannosaurus rex. Periodically he would shoot one hand forward. Carlos seemed unwilling to pay attention or put effort into his studies. When he came for his appointment I asked him to lie on his back on my table. He laid face down on the table. I touched his back, said “This is your back, Carlos” and asked him to roll on his back. He stayed on his stomach, lifted his head up, and asked hopefully, “Like this?” Carlos was a very smart little boy. He convinced everyone he was playing dinosaur, disguising his inability to control his arms. But he lacked spatial orientation and could not make sense of his perceptions of the world. Over the course of his lessons Carlo’s brain began making order out of the disorder and his possibilities expanded.

“Carlos’ teachers are thrilled that he is learning English and math! Before his sessions with Rosalie, running was a struggle for him. Now he runs much more easily and for the first time, jumps up onto the couch with his little brother.

“And best of all, Carlos listens and responds to what we say. We can now have a conversation with him!” — Carlos’ Uncle Joe